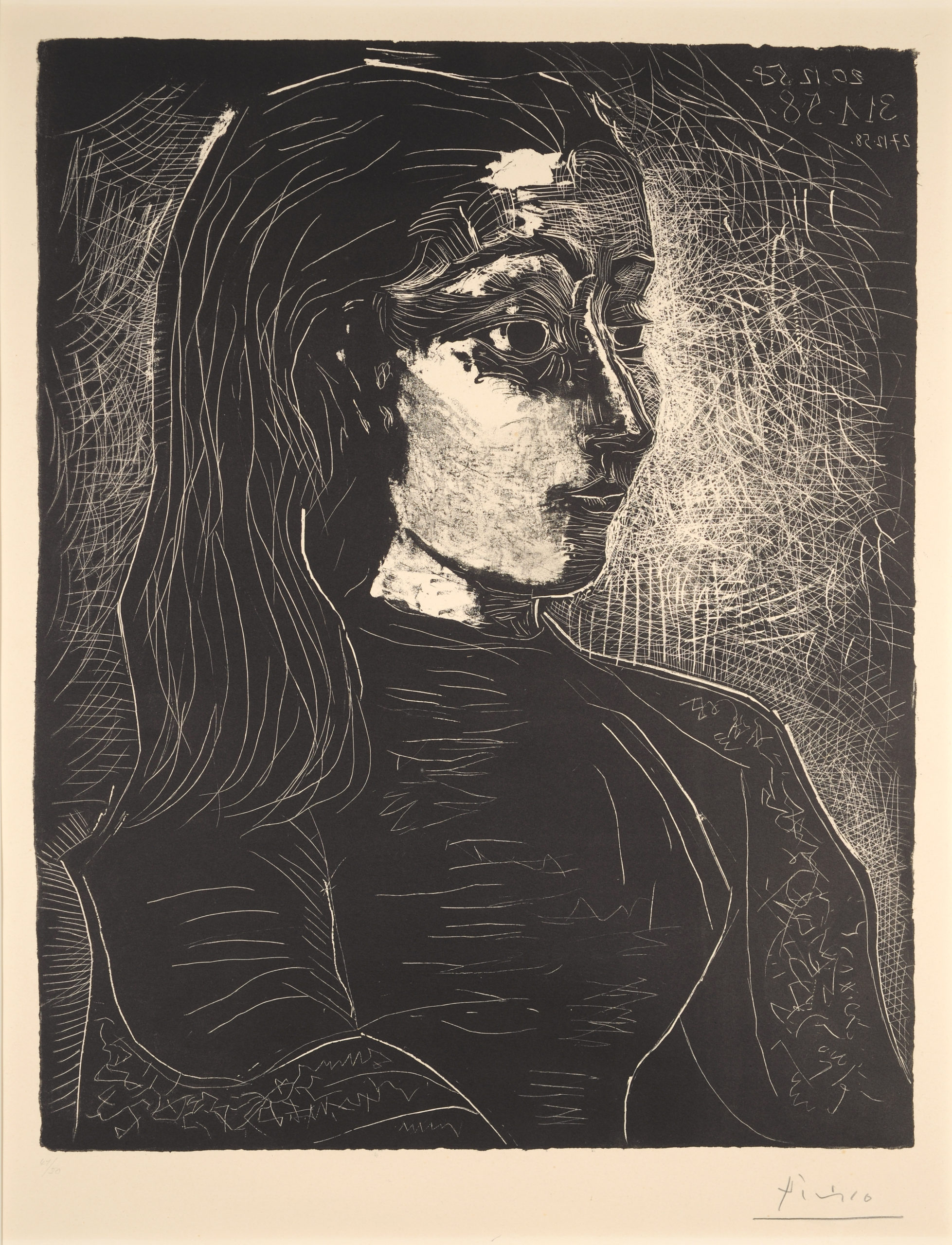 Barber Home – online workshop As we draw closer to the shortest day of the year, find comfort in the dark and harness its power as a tool for contemplation. Close your eyes, take a breath and join artist and Student Engagement Coordinator Kirsty Clarke for a relaxing and introspective drawing workshop, asking how we … Read more

Jacqueline in Profile, Turned to the Right France, 1958 Lithograph 65.5 x 50.5 cm Picasso met the young divorcée Jacqueline Rocque in 1954 and, eight years later, she became his second wife. This is one of a series of prints he made of her in the late 1950s, the majority of which depict her bust-length. … Read more