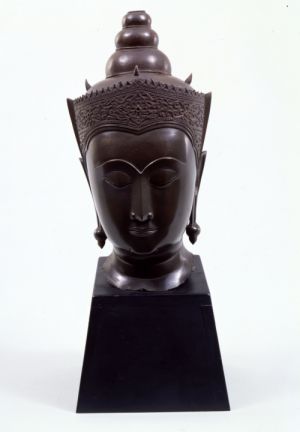 Head of a Buddha Thailand, probably 18th / 19th century Bronze This sculpture was probably originally attached to a complete figure. It is in a style associated with the former capital city of Ayudhya. According to orthodox notions, any images of the Buddha bear a portion of his innate spiritual deity. Such sculptures are made … Read more