Objects can provide us with a window into the past. They can tell us stories about individuals, groups, societies and the world. Asking questions about objects can help us to build a picture of the past and consider how that past affects our present and future.

Reclaiming the Teapot was a collaborative project between the Barber Collective and Birmingham-based artist Navi Kaur, running from October to December 2019. The project took Teapot with Stand (1785), an object in the Barber’s decorative arts and sculpture collection, as a starting point for discussion and creative responses, particularly exploring its specific histories and the legacies of colonialism.

Teapot with Stand was purchased by the Henry Barber Trust in 1948. The teapot was originally commissioned by Thomas Beckford in 1785. Thomas Beckford was described in his lifetime as ’England’s richest Son’ due to the wealth that he inherited when he came of age at 21. The Beckford family’s wealth was gained through the enforced labour of enslaved Africans in Jamaica. Beckford plantations produced mahogany and molasses to sell for a high price in a global market. It is possible that the wood of the teapot’s handle is mahogany. The Barber Collective discussed the source of Beckford’s wealth and the implications of historical wealth generated by the international slave trade.

The history of this teapot is an example of how the exploitation of enslaved people for material gain can be evidenced in the wealth we encounter around us today. As the teapot is made of solid gold it cannot actually be used to brew tea due to the low melting temperature of the material. What was the teapot for if not to brew tea? As gold is seen as a precious and expensive material it is likely that the object was decorative rather than functional and its purpose was to display Beckford’s wealth and status.

Beckford chose to have a decorative object made for him from solid gold, but why did he choose a teapot? Tea was considered a luxury item in the 1700s but to understand more about this teapot and what it might have symbolised, we need to think about the role the British played in the international history of tea.

The British East India Company (EIC) began as a group of merchants who were given permission by Queen Elizabeth I in 1600 to sail to India to trade wool, metal and sliver for spices, pigments, textiles and tea. The EIC was similar to any company we may have today like, Google or Amazon. Unlike Google or Amazon however, the EIC had its own army. For a century, the EIC traded peacefully with India but fought with other European traders from France, Portugal and the Netherlands for the best trade deals with India.

However, in the 1740s British and French military battles spread from the sea to Indian soil. The British defeated the French and struck a bargain with the Mughal Emperor in India for the right to all of the trade in Bengal, Bihar and Orissa. This provided more money to develop the Company’s military presence in India. The EIC continued to gain land in India during the late eighteenth and early nineteenth centuries and this cemented the change in the Company’s role from mere trader to a hybrid sovereign power.

Slowly, over the years, Britain’s power grew in India and in 1749 the company had 3,000 regular troops stationed at its settlements, by 1763 this had grown to 26,000 and by 1778 the East India Company’s army had 67,000 men (making it larger than the British Army). One of these soldiers included William Beckford’s uncle, Colonel Douglas Hamilton.

In 1826, the EIC took over the region of Assam in India from the Ahom kings through the Yandaboo Treaty, after starting large-scale production of tea there a few years before. In the 1850s, the tea industry rapidly expanded, taking large amounts of land for tea plantations.

By the turn of the century, Assam became the largest producer of tea in the world. There was so much demand for tea that, although tea was smuggled into England, the only way to legally purchase tea was through the EIC. The EIC sold tea at a much higher price than was necessary and the British Crown added significant taxes to each pound of tea. These very high prices kept the middle and lower classes from being able to afford legal tea.

Reclaiming the Teapot developed into a series of workshops through initial conversations around the social and political power that reclamation holds for minority communities and voices, and how the physical and emotional act of ‘reclaiming’ power over shared histories can be a catalyst to empower and uplift the under-represented. This act of taking ownership of something that is rich in so many cultures was something I wanted to explore further, through investigations into the history of the teapot and how the origins of tea (leaves) found their way to the West.

Over the course of 5 workshops, working with the fantastic young people at The Barber Collective, we were able to discuss and dissect the troubling and questionable histories of the Teapot with Stand, owned by William Beckford, exploring ideas of empire, wealth, exploitation, as well as creative methods of reclaiming these histories. Together, we talked, planned and developed creative responses to the teapot which manifested into our very own clay teapots. All of the teapots held meaningful and important messages, with some directly challenging the British Empire and how it took from the subcontinent and commonwealth countries.

Following this, as a group, we transported our teapots to the gallery and continued our discussions around trade, wealth, privilege and exploitation. We questioned whether we viewed the golden teapot in a different light and why that was and whether we felt it was fair that Beckford owned this item and what owning such a luxurious item (which effectively has no use other than to look nice) meant.

To bring the workshops to a close, we created individual zines which encapsulated our thoughts and reflections on the project and what we had gained from learning more about these histories. This was a really great way to bring the project to an end and produce ephemera which archived our personal responses.

A huge thank you to all of the young people that took part in the project, it truly was a wonderful thing to have been a part of. 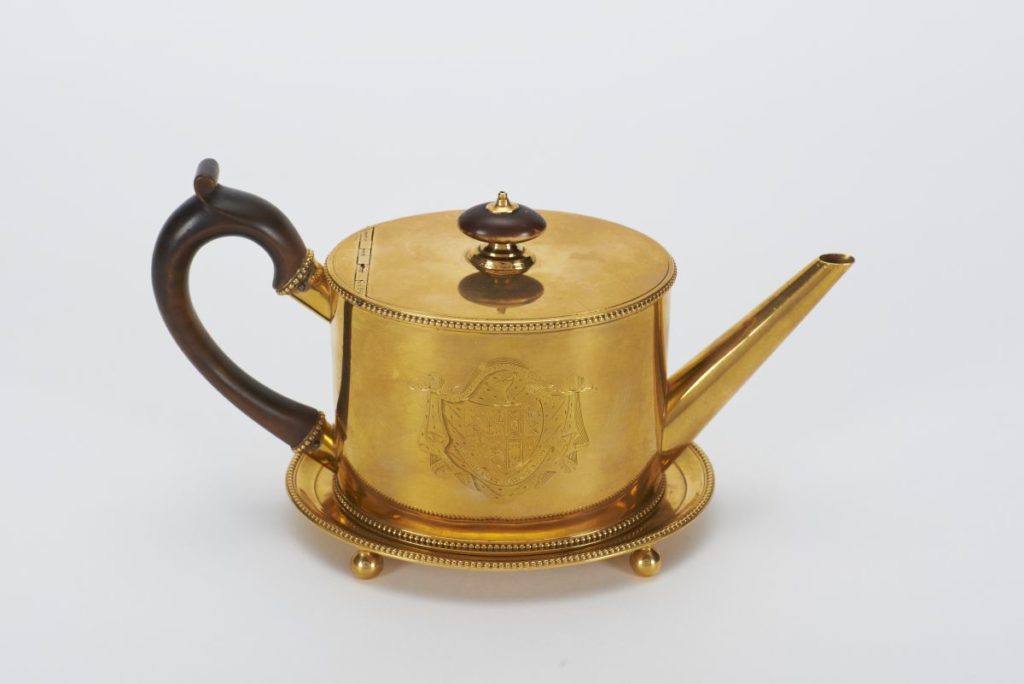 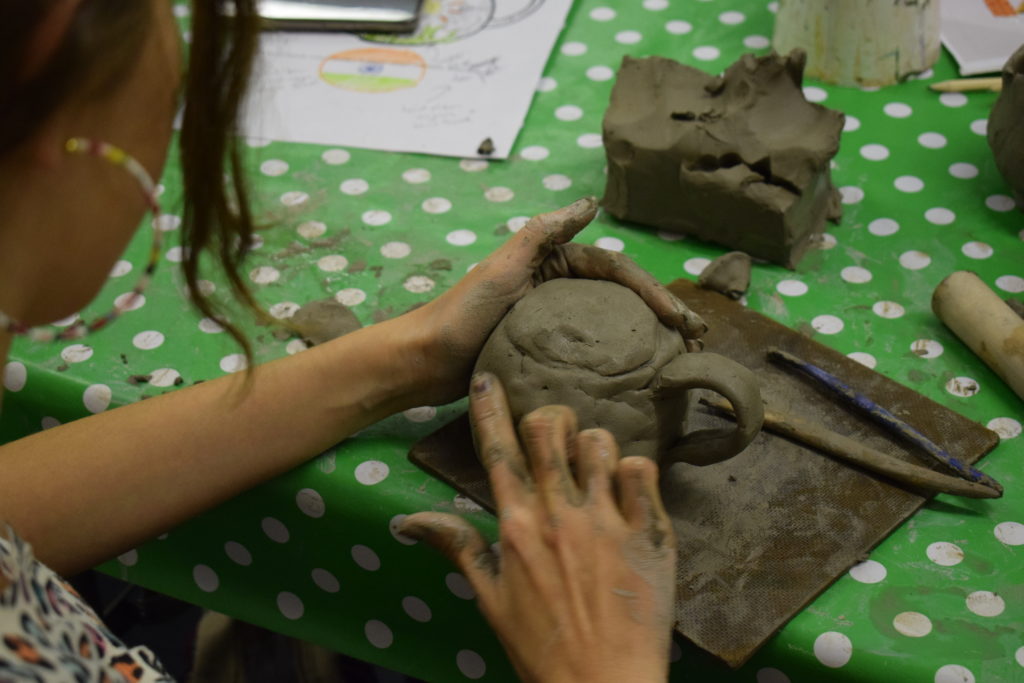 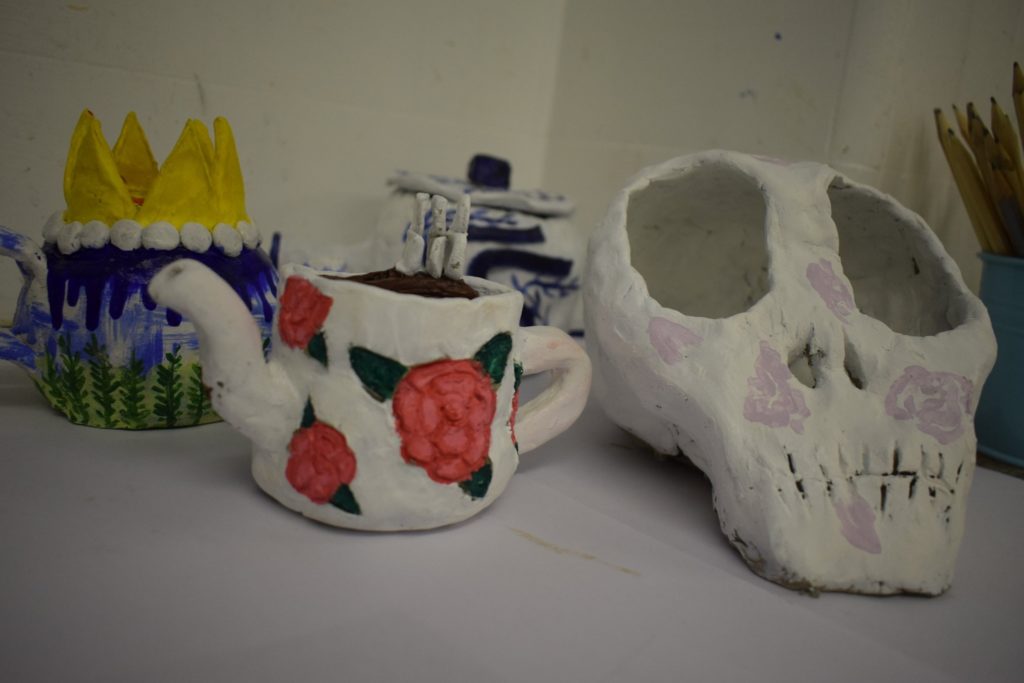