Looking again at a Collections highlight

The Marriage Feast at Cana by Bartolomé Esteban Murillo

Since March 2020, colleagues in the Learning & Engagement and Curatorial teams have been re-looking at The Marriage Feast at Cana, from about 1672, by the Spanish artist Bartolomé Esteban Murillo. This ongoing collaborative project aims to address the representation, the possible identities and lived experiences, and reasons for inclusion of the Black boy, who appears so prominently within the composition. His presence has hardly been discussed in previous art historical studies and gallery interpretation, either at the Barber or beyond.

The project considers Spain’s role in the slave trade and what the social conditions for people of colour and enslaved Africans may have been like in 17th- and early 18th-century Seville, as well as the relationships between race and religion in early modern Spain. Spain’s obsession with conversion and baptism at this period, especially of enslaved Black African and Afro-Hispanic people, is a particular focus and resonates with the story of the Marriage of Cana. This Biblical story concerns Christ’s first miracle, of changing water into wine, which results in the revelation of his identity as the divine saviour, and is thereby a tale of conversion. As in the act of baptism, the pouring of water plays a central part in this narrative.

The project also considers the early modern Spanish concern with purity of blood and ‘Old’ and ‘New’ Christians. The patron Nicolás Omazur’s commissioning of – and portrayal in – the painting is another strand to this enquiry, and is relevant to our investigation into what we perceive to be the artist’s decision to intersect a Biblical scene with possibly contemporaneous portraiture. This is an unusual research opportunity, as although Seville’s community of enslaved people was the largest of the Spanish kingdoms, depictions of enslaved people in early modern Spain were rare.

Outcomes of the project include revisions of the Barber’s interpretation for this painting, such as the accompanying gallery label and talks and tours. This research is also a starting point for future conversations, collaborations and interventions. We hope to expand and develop this initial project, encouraging and listening to a broader range of perspectives.

Our Murillo Masterpiece, ‘The Marriage Feast at Cana’, featured in the Guardian and Art UK Great British Art Tour. Read the feature – and join the debate about this fascinating painting with Art UK’s Art Detective. 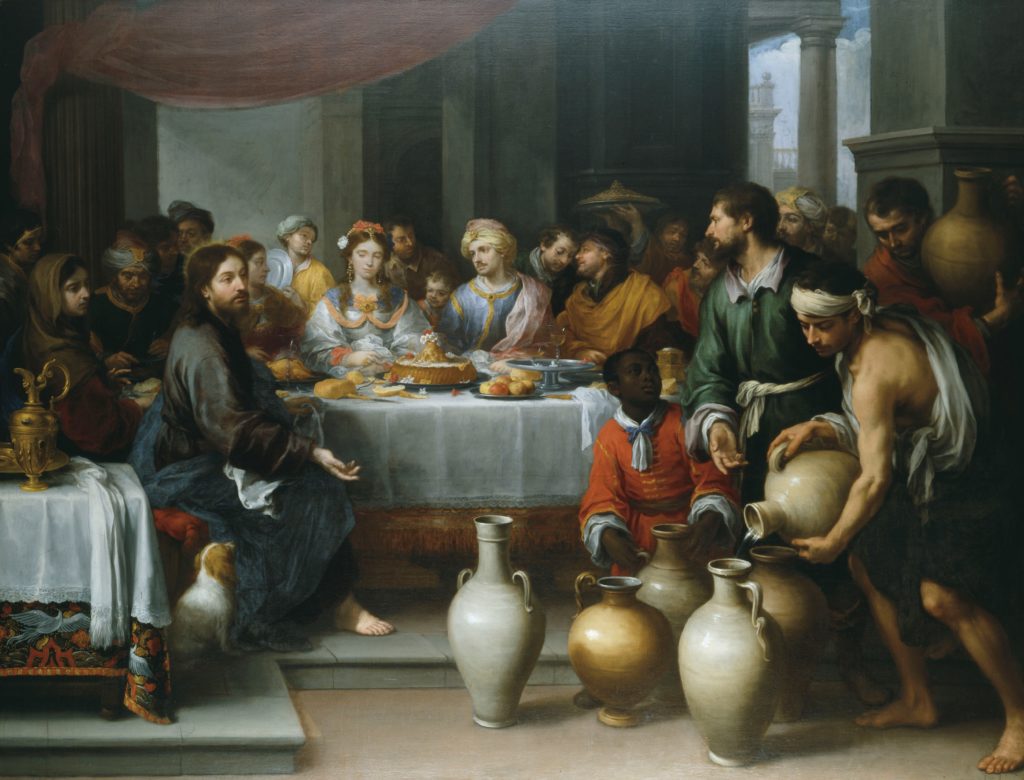 Read In Depth: A Boy in Seville: The Representation of Black Identities in a 17th-century Spanish Painting, published in Issue Four of Midlands Art Papers (August 2021).

Listen to our Tuesday Talks podcast, ‘Sharing a research project: a Boy in Seville’ (May 2021).