Noon (second in sequence from ‘The Four Times of the Day’)

Across the street, the rowdy patrons of a tavern spill on to the pavement. The bustling street corner contrasts with the expansive cityscapes in this display, giving further insight into the realities of city living. Hogarth is famous for his satirical print series, known as modern moral cycles, which exposed the follies of contemporary society. He contrasts different London inhabitants by placing a wealthy family and pious Christians in close proximity to hungry children and a publicly embracing couple. 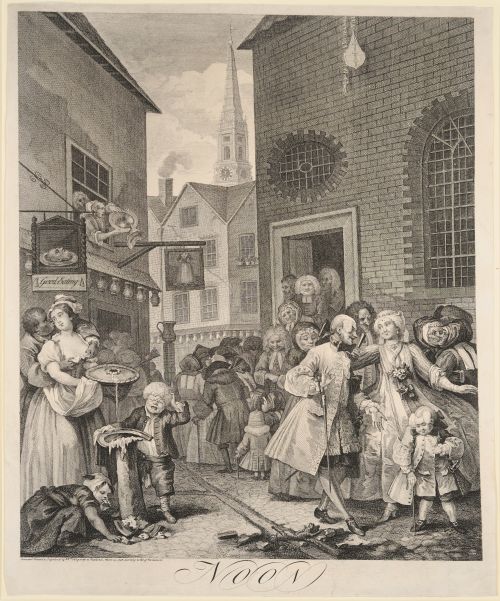