Sickert spent much time in France until 1905 and was influenced by Whistler and Degas, becoming on his return to England the main link between British and French art. Many of his best works are scenes of music halls and their audiences – the Eldorado was a café-concert in the Boulevard de Strasbourg, Paris. The present picture dates from about 1906 and is one of a number of versions of this subject by the artist. Its unconventional composition, granular texture and grey-blue colour harmonies give it a highly personal quality. 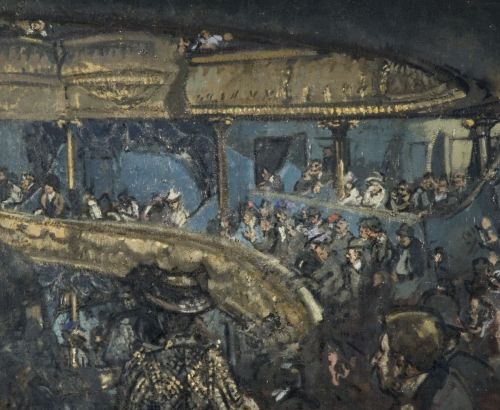