Oil on canvas, laid down on panel

In such works he uses a palette of drab earth colours far removed from the vibrant contrasting pigments of his later radical paintings.  He wrote to his brother in July 1885 about a ‘woman … seen from the front, her head almost on the ground, digging carrots’.  ‘I have been watching those peasant figures for more than a year and a half’, he added, ‘just to catch their character’.  The artist was convinced that he got ‘better results by painting them in their roughness than by giving them a conventional charm’. 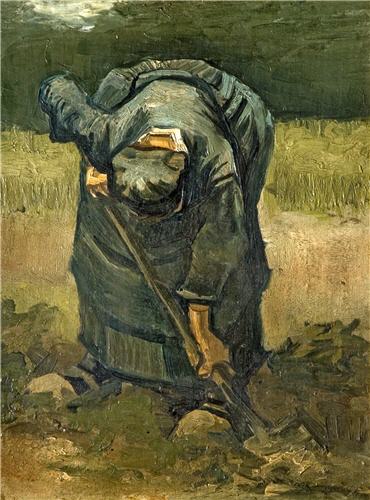