The Madonna and Child, with Saint Peter and Saint Paul, Appearing to Saint Bruno in a Vision

Saint Bruno (about 1030 – 1101) is shown in the white habit of the Carthusian monks whose order he founded.

In his vision he sees the Virgin and Child accompanied by Saints Peter and Paul.  They are identified by their respective symbols – keys and a book.  According to legend, Bruno rejected the position of bishop of Reggio, preferring a solitary life of prayer.  The symbols of a bishop, the mitre and the crozier, refer to this. 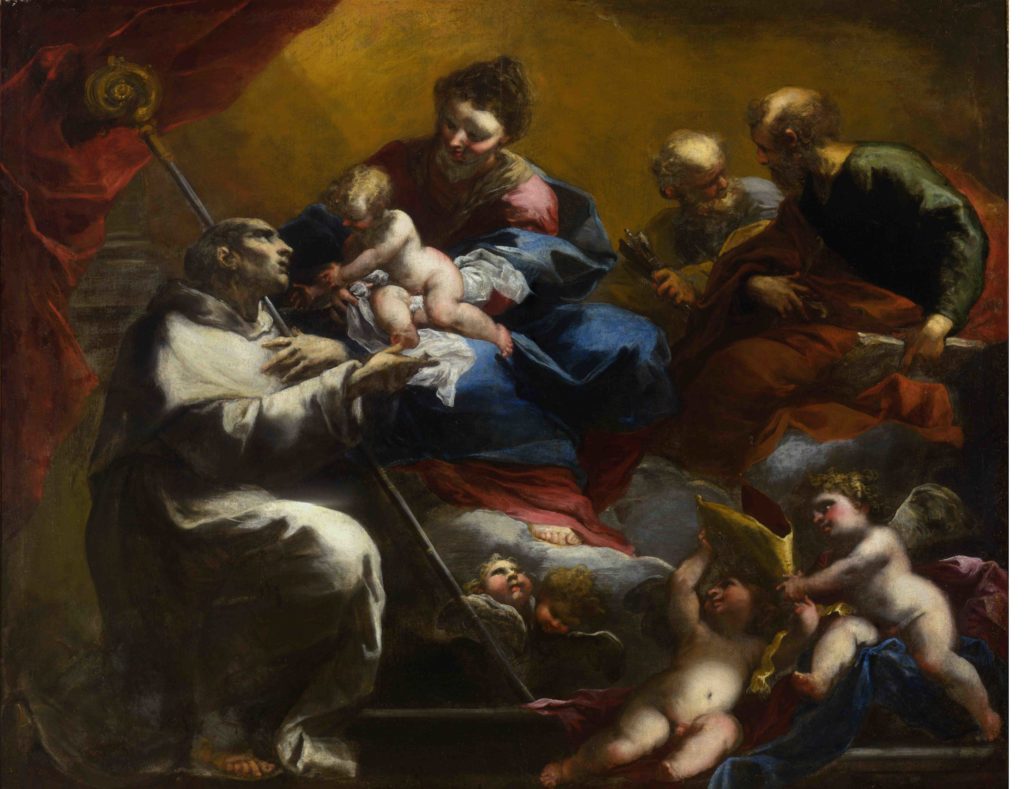