Head of a Bearded Man

This damaged bust probably dates from the 2nd century AD. The Emperor Hadrian (r. 117-138 AD) was the first to introduce the Greek habit of wearing a beard, and this fashion was followed by wider society. Busts of the Hadrianic period are identified by a full head of curly hair, as well as the presence of a beard. The Antonine emperors, who followed Hadrian, also modelled their portraits after him. 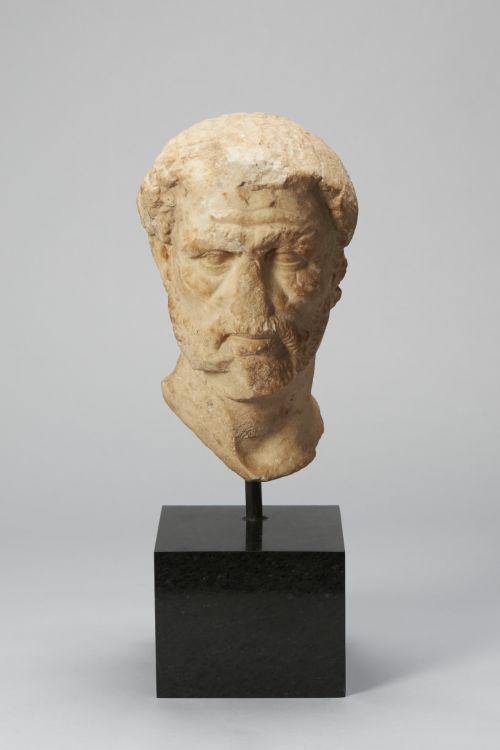