Bust of a Youth (St John the Baptist?)

Although probably made considerably later, as a pastiche, this work reflects the popularity for such terracotta busts in Renaissance Florence. It is based on a roundel by Andrea della Robbia (1435-1525), which represents St Ansanus. It is quite likely, however, that this is meant to be the young John the Baptist, a patron saint of the city. Florentine parents were encouraged to provide examples of good behaviour for their offspring by decorating the home with images of ‘model’ children, particularly the young Baptist. 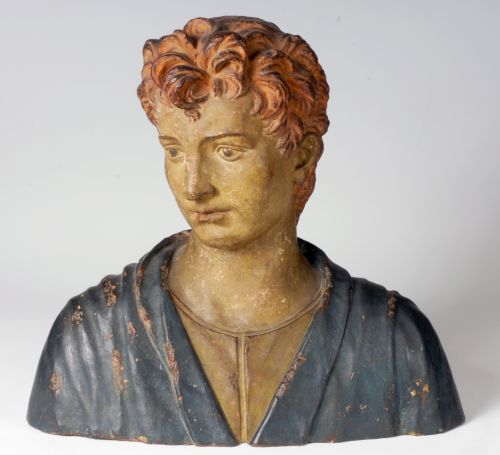