A Roman Soldier on Horseback

The horse, with its hogged mane and dressed forelock, is based on the second of the four celebrated classical Horses of St Mark’s, Venice. These inspired many small copies during the Renaissance, and several closely comparable examples to the Barber horse are known. The rider, who lacks part of the sword held in his right hand, was cast separately. He appears out of scale with his steed, is awkward in pose, somewhat inferior in quality, and may have been both made and associated later.

SEE THIS SCULPTURE IN THE CASE ON THE LANDING 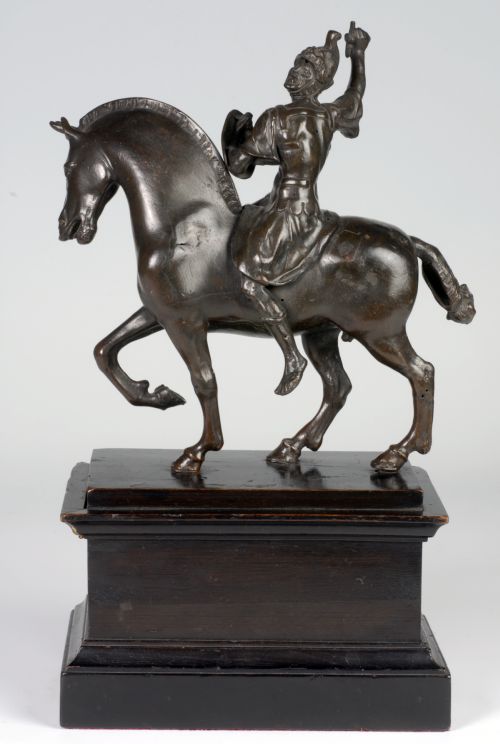