Shiva Nataraja, Lord of the Dance

The Hindu deity performs the mystic Dance of Creation. In the waving locks of his braided hair is the mermaid figure of Ganga. In his right ear is a man’s earring and in the left, a woman’s, together symbolising the male and female character of the god. The small drum in his upper right hand is a symbol of creativity; in his left hand is the fire that purifies the soul. The lower right hand gives a sign of reassurance, while the lower left indicates the refuge of the devotee – the dwarf of Self – at his feet. The fiery halo around the figure of Shiva represents the energy that shapes all things. The sculpture is from south India, where many similar bronzes were made from the 12th to 16th centuries. 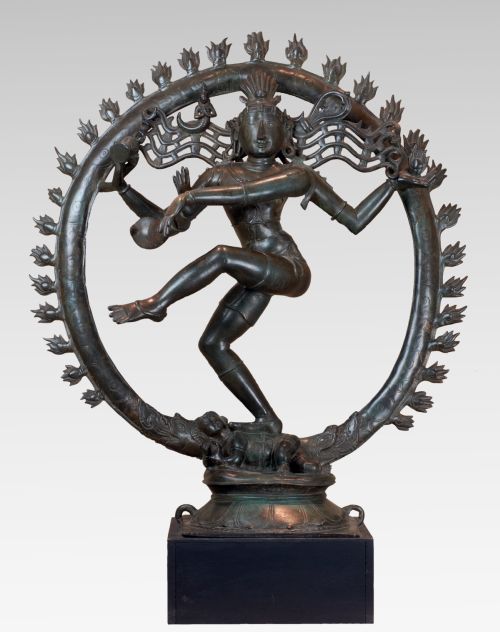