This fragment is based on a life-size prototype dating from the 4th century BC by the great Greek master Praxiteles (about 400-330 BC). He is credited as the first artist to fashion a monumental image of Aphrodite nude. The original, now lost (it stood at the port city of Knidos), was acclaimed by the Roman author Pliny as the finest sculpture ‘not only by Praxiteles but in the whole world’. It represented Venus, the goddess of love and beauty (her Greek equivalent was Aphrodite), and is known today through ancient descriptions and numerous copies in diverse media.

SEE THIS SCULPTURE ON THE LANDING 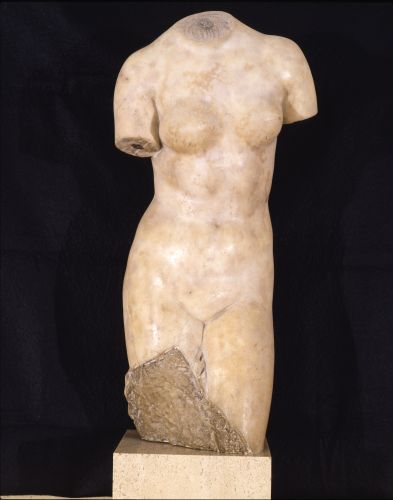