This crowned figure with a book most likely represents the legendary Christian virgin-martyr St Catherine of Alexandria, patron saint of teachers and librarians. She was said to be a beautiful learned woman of royal birth, who lived under the Roman Emperor Maxentius (r.306-12). However her most famous emblem, the spiked wheel, on which she was to be tortured, is missing. This graceful sculpture is by a German sculptor probably working in the southern region of Swabia in about 1520. It was almost certainly once part of a much larger altarpiece. 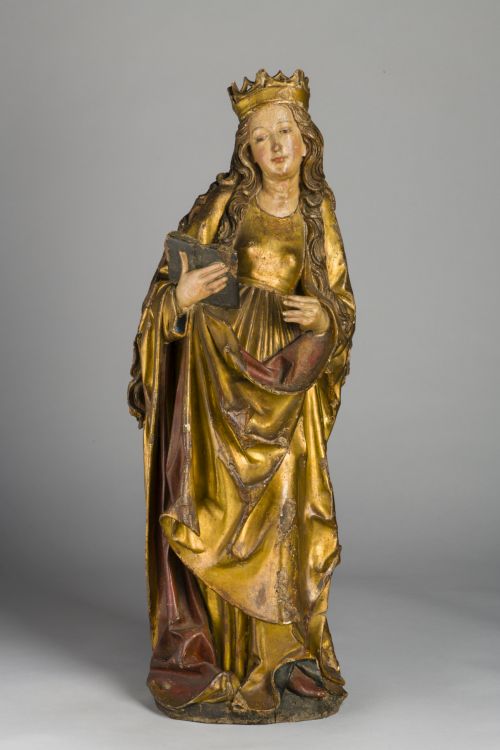