The Coronation of the Virgin

The Virgin Mary, crowned as the Queen of Heaven, is seated on a throne next to Christ. His left hand rests on an orb, symbolising his dominion over the world, and he blesses the Virgin with his right. Carved alabaster panels with religious subjects were exported across Europe in huge quantities from various Midlands workshops during the 14th and 15th centuries. This unusually large and fine example, still with traces of its original paint and gilding, probably formed the centre of an altarpiece, flanked by figures of the Apostles. 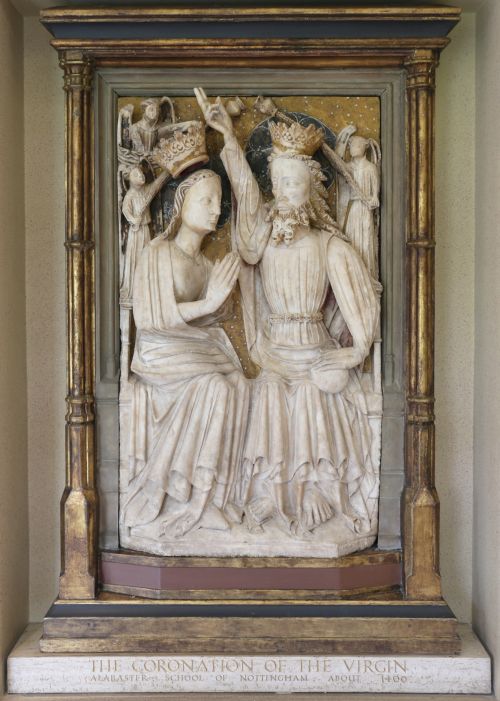