The Head of a Boddhisattva

Limestone, with traces of paint

When acquired this was thought to be a fragment of a full-length colossal statue made for a Buddhist temple in China in the Tang Dynasty (618-907 AD). A Bodhisattva is someone who has reached the wisdom of Buddha, but who remains in this world. Motivated by compassion and a desire to help suffering humanity, they choose to serve as intermediaries for the Buddha. These qualities are here expressed in a face with a serene smile and a gentle expression. The head is crowned with three figures, with the Buddha on his lotus throne in the centre. It is now believed that this head is a modern pastiche, made for the European market. 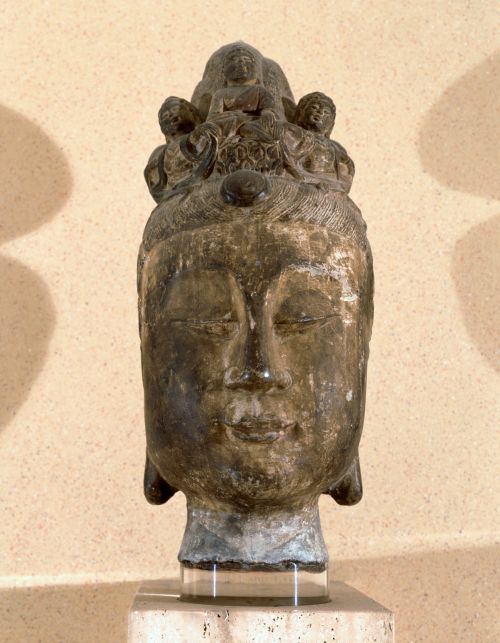