Infant with a Dolphin

Dolphins are associated in classical mythology with Venus, goddess of Love, who emerged from the sea. Cupid, god of Love, is also often shown with a dolphin, and he may be the infant represented here. The group forms an appropriate subject for a fountain head, the original function of this bronze, which is piped for water. The sculpture entered the collection as the work of the Venetian sculptor Jacopo Sansovino (1486-1570). In style, however, it is much closer to Flemish or French models of the late 17th century. 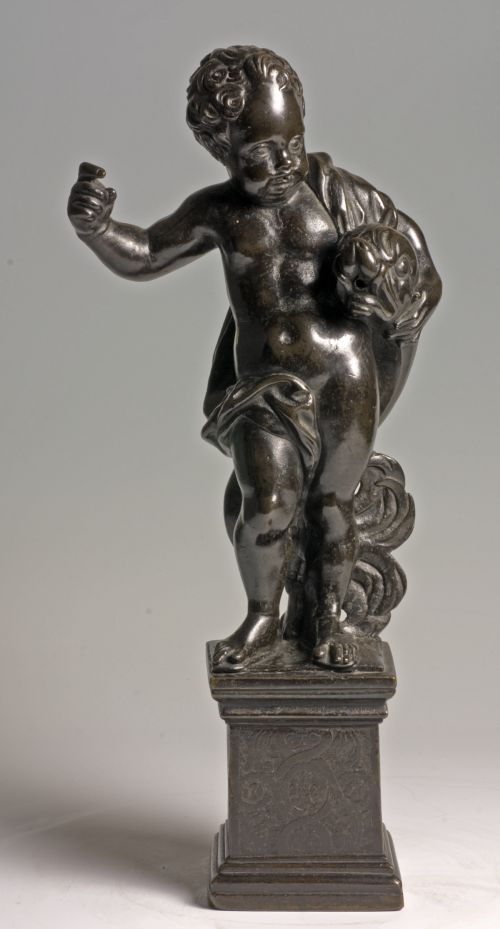