Prudence was one of the four Cardinal Virtues; she is shown with two faces to represent her watchfulness. This fragment probably came from an early 15th century tomb sculpture in the Church of San Francesco, Gaeta, near Naples. It is said to have been taken by Lieutenant James Wheeler, of the British Marines, in 1799. He helped liberate Gaeta that year after a period of occupation by Napoleon’s troops, who badly damaged the church. It was possibly made by one of the sculptors who had worked in Naples for Alfonso V of Aragon (1396-1458). 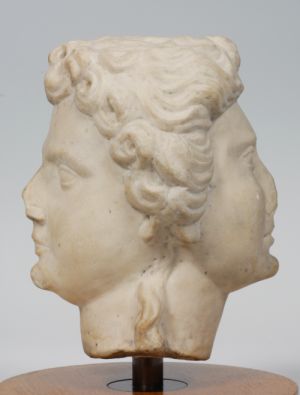