The Master of the Games (17th Century)

A group of off-duty soldiers play cards in their barracks, their weapons temporarily set aside.

The artificial light casts long shadows and picks out their clothes and faces, hinting, perhaps, that we are looking at a group of portraits. The painting is one of a series showing men playing various games which appear to have been produced by an anonymous follower of the French artist Mathieu Le Nain (about 1607-1677).  The Master of the Games, as the artist is known, was probably Flemish and worked in Paris. 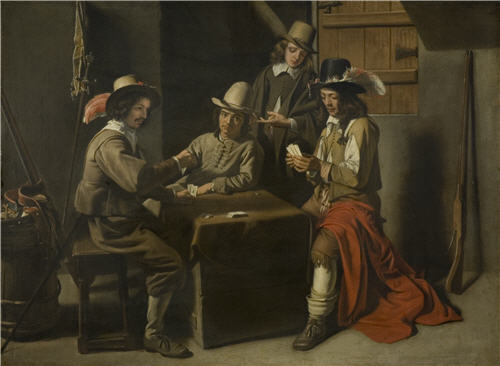