Portraits from the University of Birmingham

Jacob Epstein, Tom Phillips, Humphrey Ocean and Jennifer McRae: some of the most respected British artists of the 20th century have been commissioned by the University over the past 100 years to portray and honour its chancellors, vice chancellors and other leading figures.

This selection features oil paintings, works on paper and sculpture, and looks not only at the University’s leaders, but also some of its most prominent academics as well as those who played an instrumental role in student life. It explores the process of commissioning and realising portraits, rather than attempting to be a history of the University. However, gathered for the first time together, these sometimes surprising images nevertheless still reveal something of the character and eclecticism of the institution – the UK’s original redbrick University. 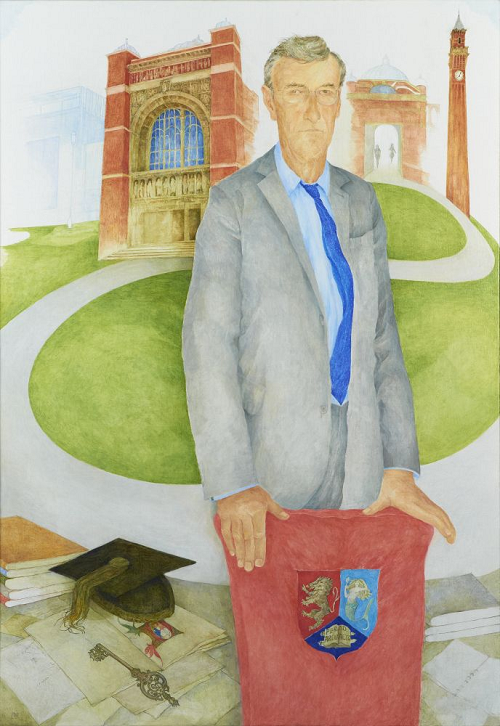 Birmingham-based artist David Rowan was commissioned by the University of Birmingham to produce original photographic site-specific interventions for the wall spaces around the University’s Great Hall and Vice Chancellor’s Corridor normally occupied by the portraits in Terms of Engagement. Do drop in and visit this project!

Commissioning Portraits for the University