The Vision of Saint Juliana of Mont Cornillon

She interpreted the appearance of the moon, marked with a stain, as a rebuke to the Church for not having a feast day to celebrate the miraculous transformation of the bread and wine during the Mass.  The feast of Corpus Christi, the Body of Christ, was first celebrated in 1246 following Juliana’s intervention.

Champaigne’s severe geometric composition may have been partly intended as a reference to the austere rule which Juliana instituted as prioress. 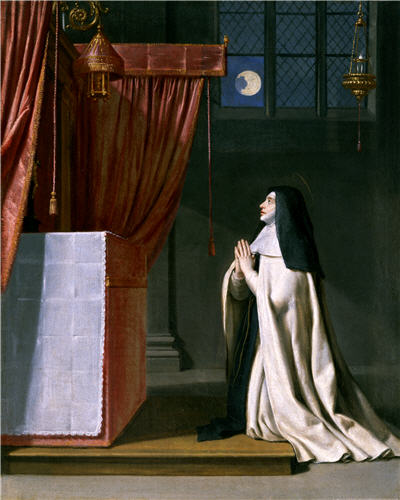