This is the first in a series of six engravings based on the story of the Prodigal Son from the New Testament (Luke 15). It tells a moral tale of adolescent rebellion in which the son is shown leaving home against his father’s wishes; his energetic horse reflecting his rider’s eagerness for freedom and adventure. This print reproduces a drawing by Maarten van Heemskerck; his attention to anatomical detail is drawn from classical sculpture. 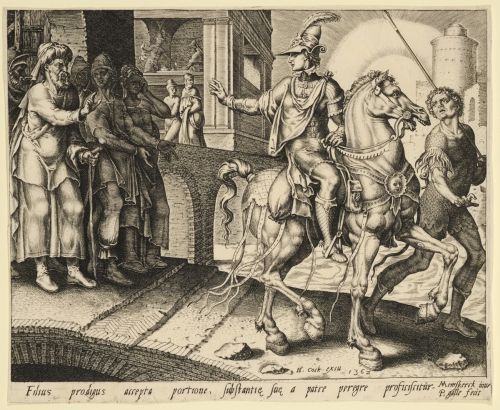