John Brett is best known for his early Pre-Raphaelite paintings, The Stonebreaker and Val d’Aosta and his late seascapes of the coast of Scotland, Wales and the West Country. This exhibition concentrates on a little-known aspect of his art – his portraiture.

The great Victorian art critic John Ruskin, for a period his mentor, discouraged Brett from figure painting, and his portraits, often intimate depictions of his family, friends and lovers, have remained relatively obscure. This ground-breaking exhibition – the result of much new research – celebrates his charming, individual portrait style, and will feature key loans from the British Museum, National Portrait Gallery, Tate Britain and other major national museums.

However, it also brings to the public for the first time many works by Brett from private collections, as well as a selection of his portrait photography – Brett was a pioneer in the medium. It explores some key family and patron relationships with archive material, while Brett’s specific relationship with Birmingham is also examined. He had many important patrons here, regularly exhibited at the Royal Birmingham Society of Artists, and delivered a controversial lecture entitled Art and Education in the city in 1890. Co-curated by the Barber’s director, Ann Sumner, and Christiana Payne of Oxford Brookes University, the exhibition is accompanied by a fully illustrated catalogue. 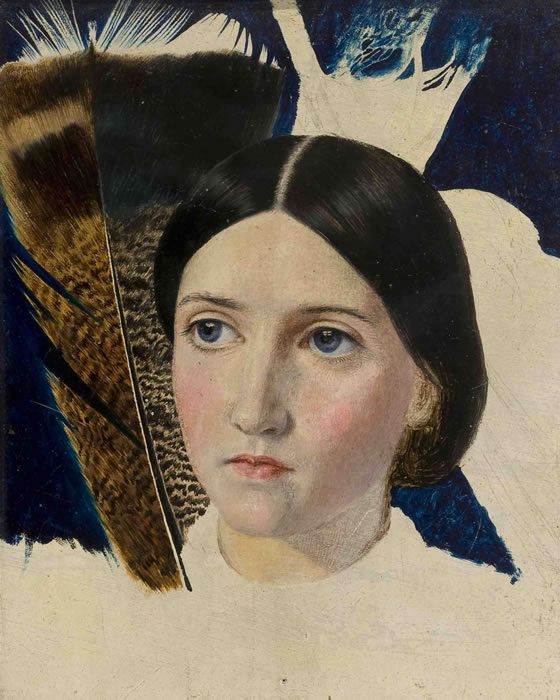 This publication accompanied the exhibition, Objects of Affection: Pre-Raphaelite Portraits by John Brett, The Barber Institute of Fine Arts, University of Birmingham, 30 April – 4 July 2010, The Fine Art Society, London, 20 July – 7 August 2010 and The Fitzwilliam Museum, University of Cambridge, 14 September – 28 November 2010.
It will soon be available to purchase from the University of Birmingham online shop for £12.95 + £4 p&p