The Martyrdom of Saint Peter

According to tradition, Saint Peter, Christ’s closest disciple and the first pope, chose to be crucified upside down to avoid comparison with his master.  Here, the two executioners, shown with brutal realism, heave the cross upwards.  One looks directly at the viewer, including us in a scene which seems to take place only feet away.

The stormy sky is split by a light which dramatically illuminates the saint.  A pagan idol looks down from the left.  It was Peter’s refusal to worship pagan gods which resulted in his martyrdom by the Emperor Nero.

This painting appeared in the exhibition ‘Beyond Caravaggio’ at: 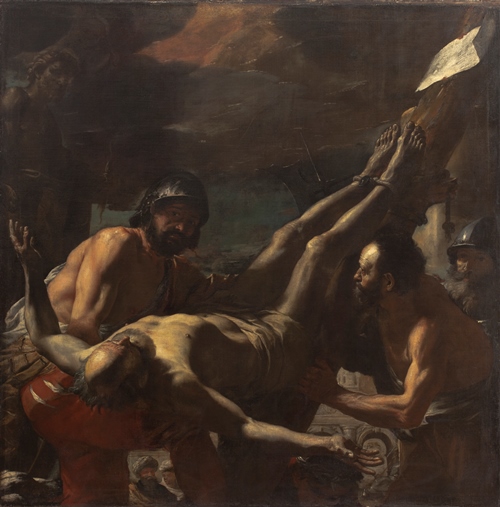