Christ on the Cross (Christus am Kreuz)

Christ is shown at his crucifixion, his head crowned by a searing sun and his body scored by the deep lines carved in the wood.

Corinth uses chaotic hatched lines to emphasis Christ’s emaciated body and tearing muscles. In his early career, Corinth was a leading member of the Impressionist Berlin Secession group of artists. In 1911 he was partially paralysed by a stroke which affected his ability to work. His later style, including this print, is characterised by violent, expressionist lines and religious themes as he confronted his physical limitations and explored the vulnerability of the human body. 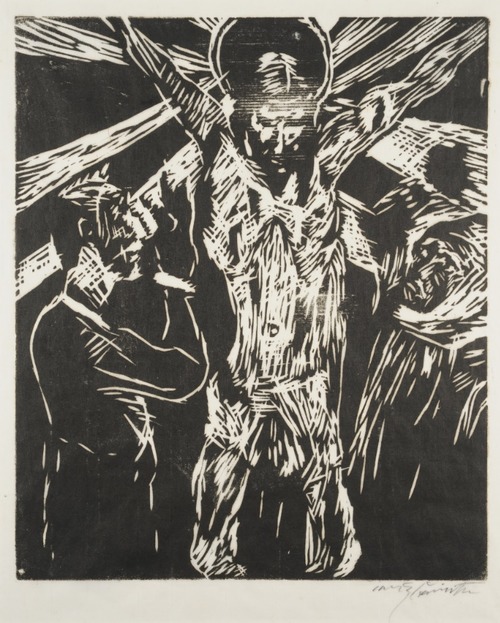