This magnificent terracotta bust was probably the life model for several other versions, including a marble dated 1738 (Leeds). Pope was the greatest poet and critic of his day, celebrated for works including the Rape of the Lock (1712), the Essay on Man (1734), and translations of Homer. The bust is a masterpiece by the French-born Roubiliac, who moved to England in 1730. It set an auction record for a pre-20th century English sculpture when sold in 1970. Pope was suffering from tuberculosis when he sat for his portrait. Roubiliac made no attempt to hide the poet’s physical suffering, but his intellectual power still shines through, dressed in classical costume and he is shown in a bust format associated with antiquity.

Purchased 1970 with financial assistance from the Victoria & Albert Museum Purchase Grant Fund (No. 70.6)

SEE THIS SCULPTURE IN THE BEIGE GALLERY 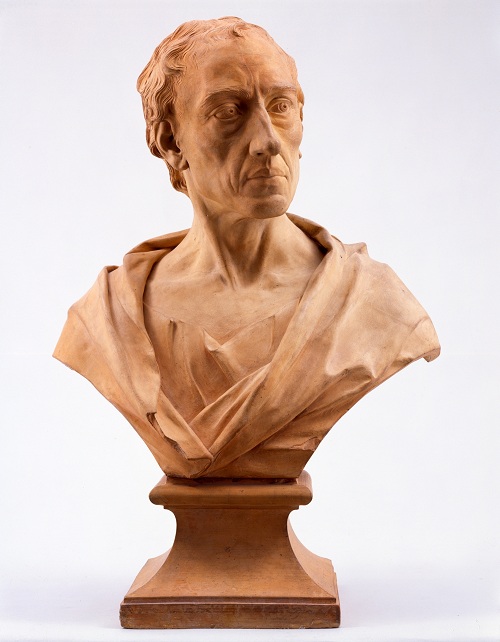