This print is a combination of abstract, geometric forms and is one of a series of six works called ‘Merz Mappe’.

Freshly printed fragments of paper, discarded from the printing process, were applied to a lithographic stone to create this image. Influenced by the Dada art movement, Schwitters started his own project, which he named ‘Merz’, feeling that he needed a new noun for a new kind of art. 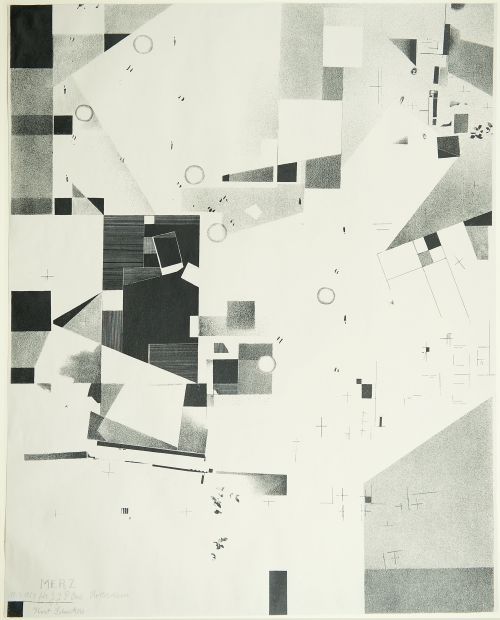