A Portrait of the Reverend William Beele

William Beele (1704-1757) was appointed a naval chaplain in 1727 and he was stationed at Devonport where this portrait was painted.

He is shown half-length, framed by an oval-shaped stone niche.  The artist has slightly enlarged the sitter’s features, increasing the work’s expressive power.

Reynolds painted this portrait before his trip to Italy (1749-52), in the earliest stages of a highly successful career which included the presidency of the Royal Academy. 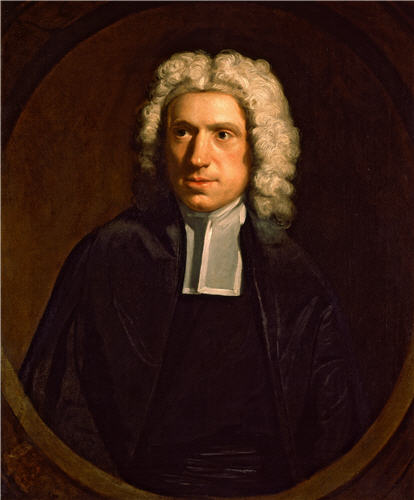