This portrait marks a high point in Reynolds’s late style: grand, imposing and stylish. By placing the figures close to the picture plane, he has emphasised the sumptuous fabrics of the sitters’ fashionable clothes; Maria in white and black with a dash of blue in the silk sash, William in a cutaway coat, double-breasted waistcoat, buff breeches and jockey boots. Despite this focus on fabrics, Reynolds has not overlooked the siblings’ different characters. Whilst William poses confidently in relaxed contrapposto, his older sister seems less certain, holding herself stiffly, as if waiting for the viewer’s glance to move on.

Accepted in lieu of Inheritance Tax by HM Government and allocated to the Henry Barber Trust (for the Barber Institute of Fine Arts), 2013 (No.2013.1)

This painting appeared in the Royal Academy’s exhibition The Great Spectacle: 250 Years of the Summer Exhibition. 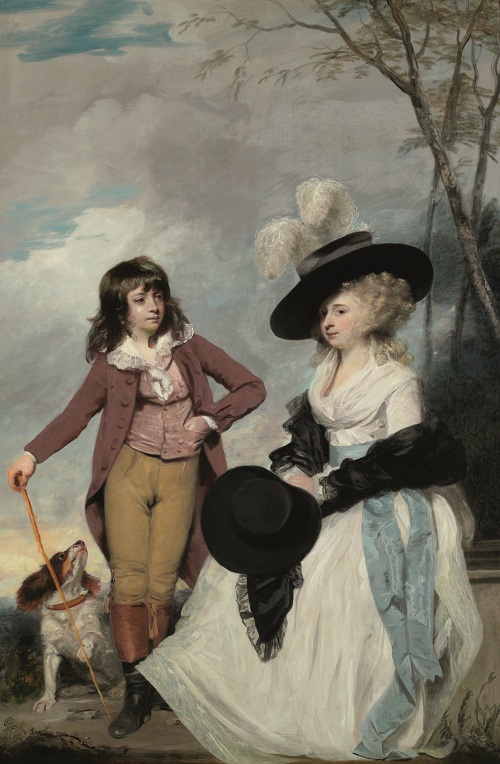