A Portrait of a Young Man

This portrait’s small scale has led to speculation about its function.

Reynolds began his career as a portraitist in Devonport and it has been suggested that the man is a naval officer who wanted to take an image of himself to sea.  The stone parapet at the front, unique in Reynolds’ work, is perhaps a sea wall.  But, equally, it may have been painted for the family of a young cadet about to undertake a hazardous voyage.  There is some evidence that the man was named John Herring. 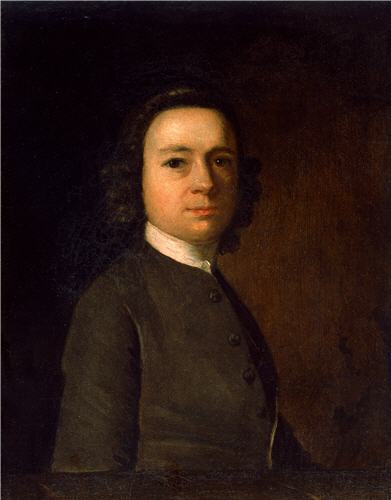