The Sun Setting Through Vapour

The sun disperses the clouds and infuses sand and sea with a golden glow.

Fishermen unload their catch which is then displayed on the beach for sale. Behind, a number of ships including a first-rate man-of-war and a dismasted hulk (a prison) stand at anchor, a reminder that Britain was at war with France in 1809.

Turner painted numerous marine subjects early in his career. As here, he sought to make his reputation by matching the Dutch masters of the 17th century.

Check out our range of Joseph Mallord William Turner prints, accessories and giftware: 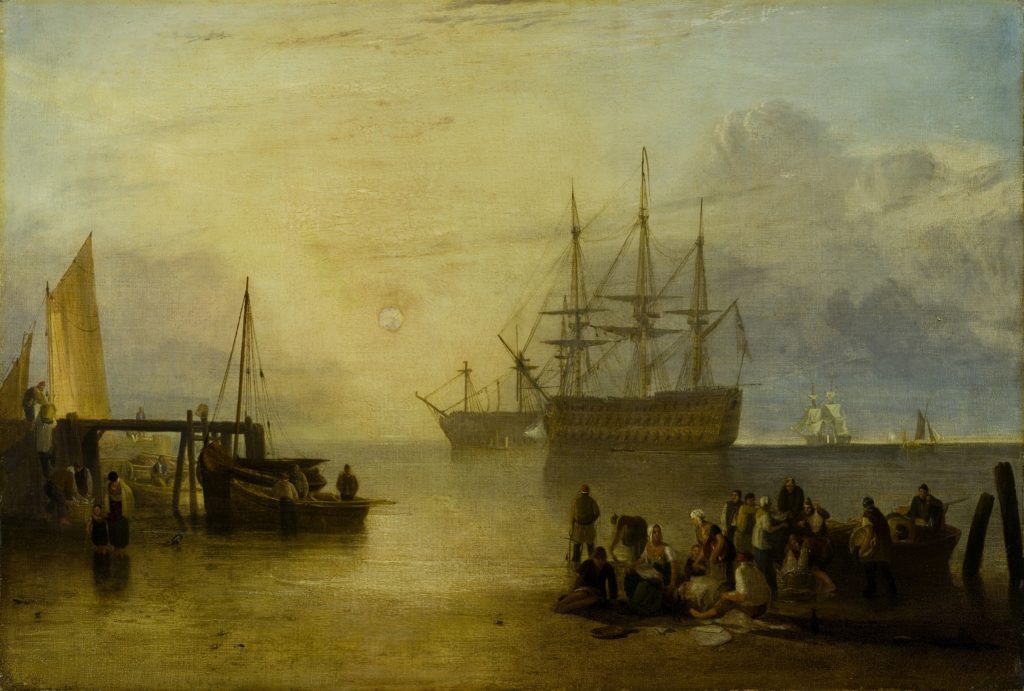