Mme Récamier, celebrated for her beauty, was the wife – and possibly the illegitimate daughter – of a wealthy older banker. She became a prominent figure in Parisian political and literary circles. The prime version of this neoclassical sculpture is in Lyon. This later copy, one of several, lacks the crisp detailing of the original, though it does retain some of its sensual allure. Chinard was one of the leading portraitists of his day.

SEE THIS SCULPTURE ON THE FIRST FLOOR LANDING 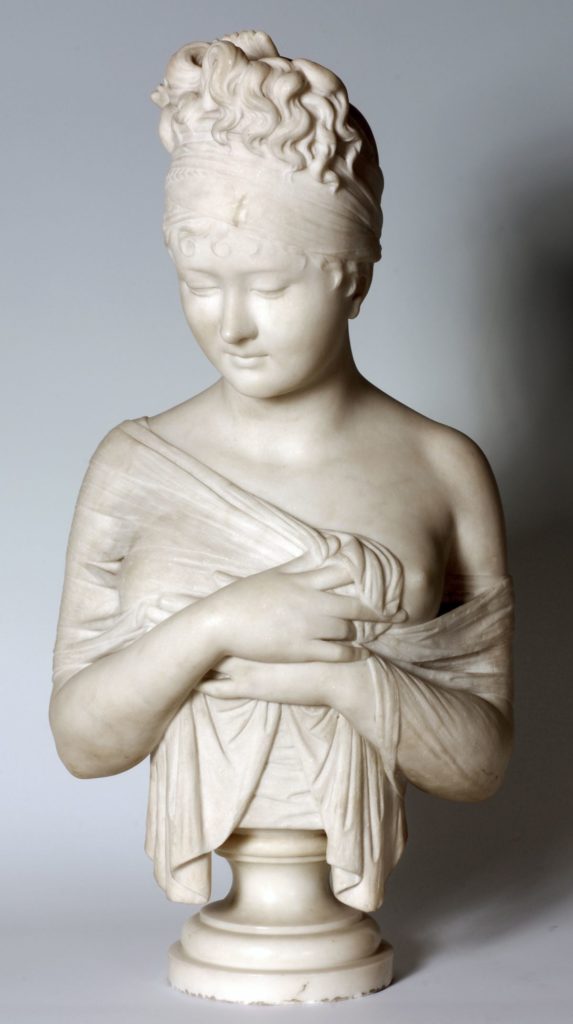 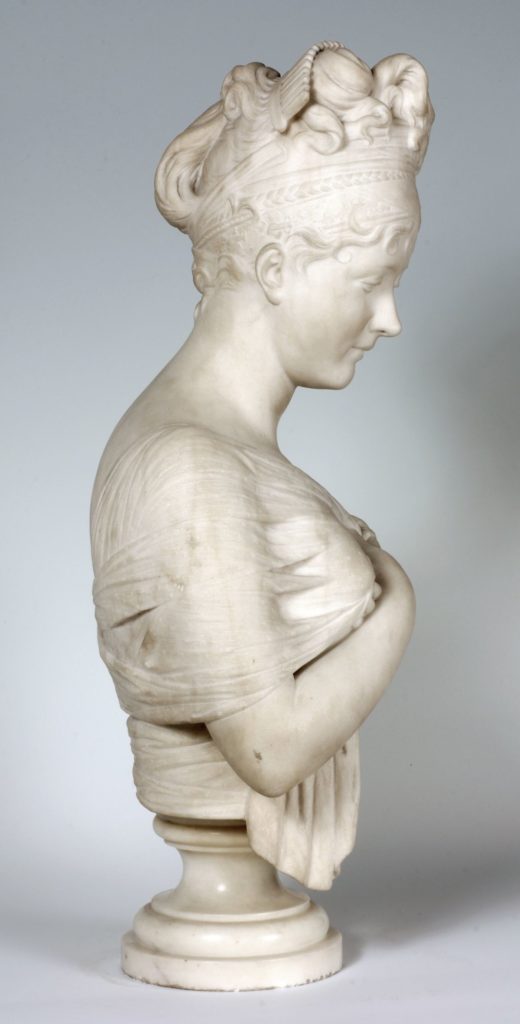