King George I on Horseback

The City of Dublin commissioned this impressive sculpture from the Nost family workshop in 1717  for £1500 and completed by 1722, with the horse cast from moulds taken from Le Sueur’s Charles I at Charing Cross. At risk of destruction during the early years of Irish independence, it was sold to the Barber Institute in 1937 for just £500. It was erected in front of the building, an important landmark for the university, and the earliest public sculpture in the city. George I is shown in modern dress, but with a classical laurel crown and on a horse modelled after that of the celebrated Roman bronze statue of Marcus Aurelius.

SEE THIS SCULPTURE ON THE LAWN OUTSIDE THE BARBER 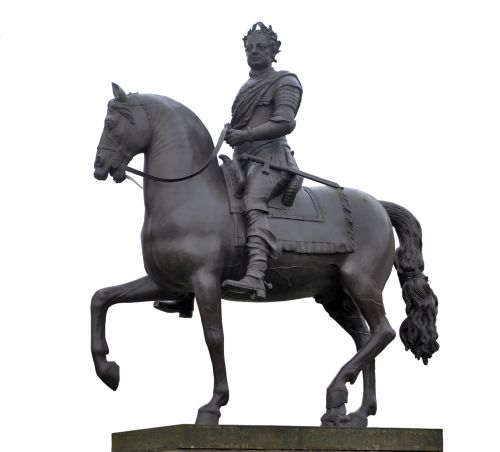