Richelieu was First Minister under Louis XIII (r.1610-43), and thus an extremely powerful figure in a period when France was becoming the leading nation in Europe. Varin has contrasted his care-worn features with soft textures of satin and fur drapery. Though probably cast later, this bust could be one of the four documented casts by Le Sueur, or two by Perlan, made in 1643 from Varin’s plaster model. Varin was a talented portrait sculptor, but is best known as one of the greatest of all French medallists. Varin made a plaster model of Richelieu and this was used to produce a number of bronze busts after his death in 1642. The cardinal approved of Varin’s image and it was used for his tomb. 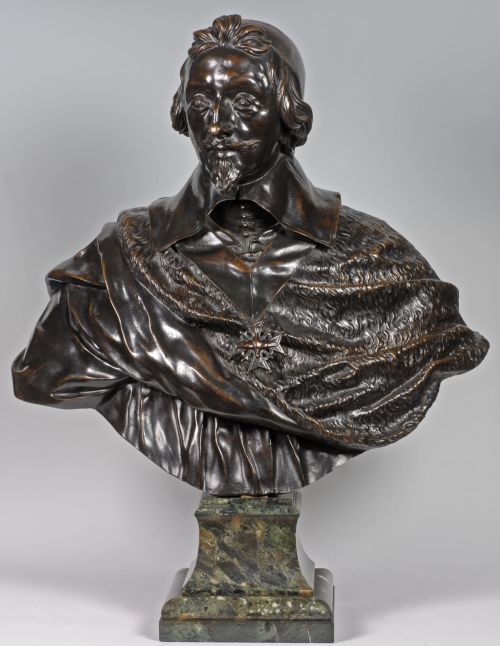