This portrait is based on Philippe de Champaigne’s full-length painting of Omer Talon (1595-1652) produced in 1649.

Champaigne was a founder of the French Academy in the mid 17th century and is best known for his portraits of royalty and important political figures. Talon’s stern expression and professional dress refer to his status as a member of the French parliament, becoming a lawyer in 1631. He played a key role in campaigning against the tyranny of Louis XIV’s ministers. 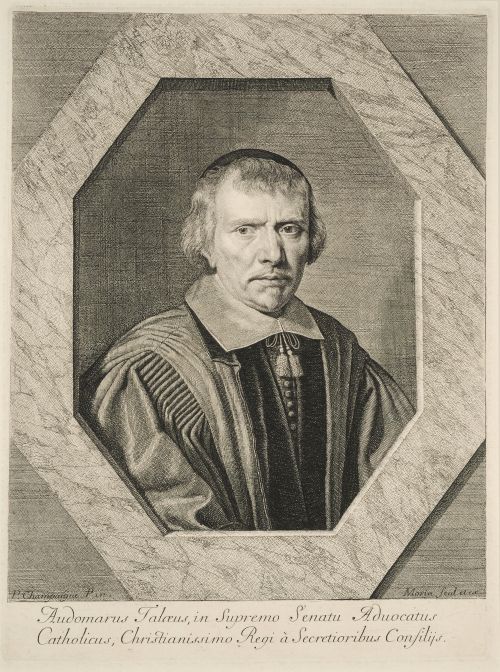