A Cascade on the River Liri

Oil on paper, laid down on canvas

Bidauld’s oil sketch was painted on the spot during the French artist’s stay in Italy (1785-90).

The artist made numerous such studies from which he later painted large historical landscapes in the neo-classical style.  Painting from nature in oils was one of the ways in which young landscape artists developed their skills.

The river Liri lies to the south-east of Rome, but in the late 18th century was in the kingdom of Naples. The area was little visited by artists at the time. 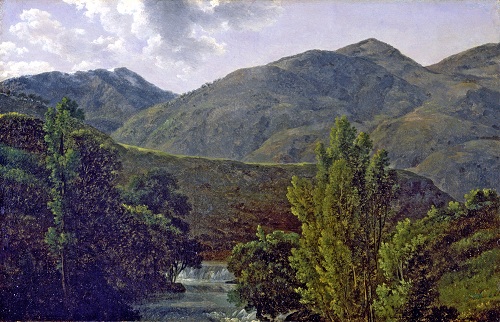