A milkmaid, silhouetted against the moon, pauses to rebalance a heavy copper pitcher on her shoulder.

Despite her small scale, the figure has a monumentality which conveys a timeless quality.  Millet came from a peasant background in Normandy and his paintings of rural labour were rooted in his own early experiences.  They also reflected his deeply conservative belief in the natural cycle of the seasons and the dignity of the peasant.  Nonetheless, works such as this, with its rugged handling of paint and restricted palette, were interpreted by contemporaries as radical in sentiment. 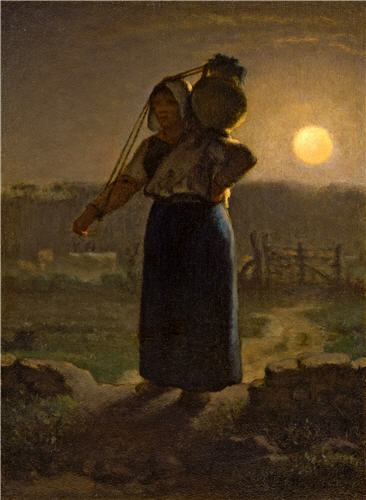