An Architectural Capriccio with Hermit, Bather and Washerwoman

A capriccio is a fantastic mixture of real and imaginary features, in this case of buildings.

A bell tower emerges from a ruined classical temple which has acquired some additional humble domestic elements.  The figures reflect the same mix of sacred and secular.  A hermit, or perhaps a priest, stares at a bathing girl from the bell tower, whilst a woman washes sheets in the water.

Robert specialised in architectural subjects which combined the ancient and contemporary buildings he saw during his stay in Italy (1754-65) and on his travels in France. 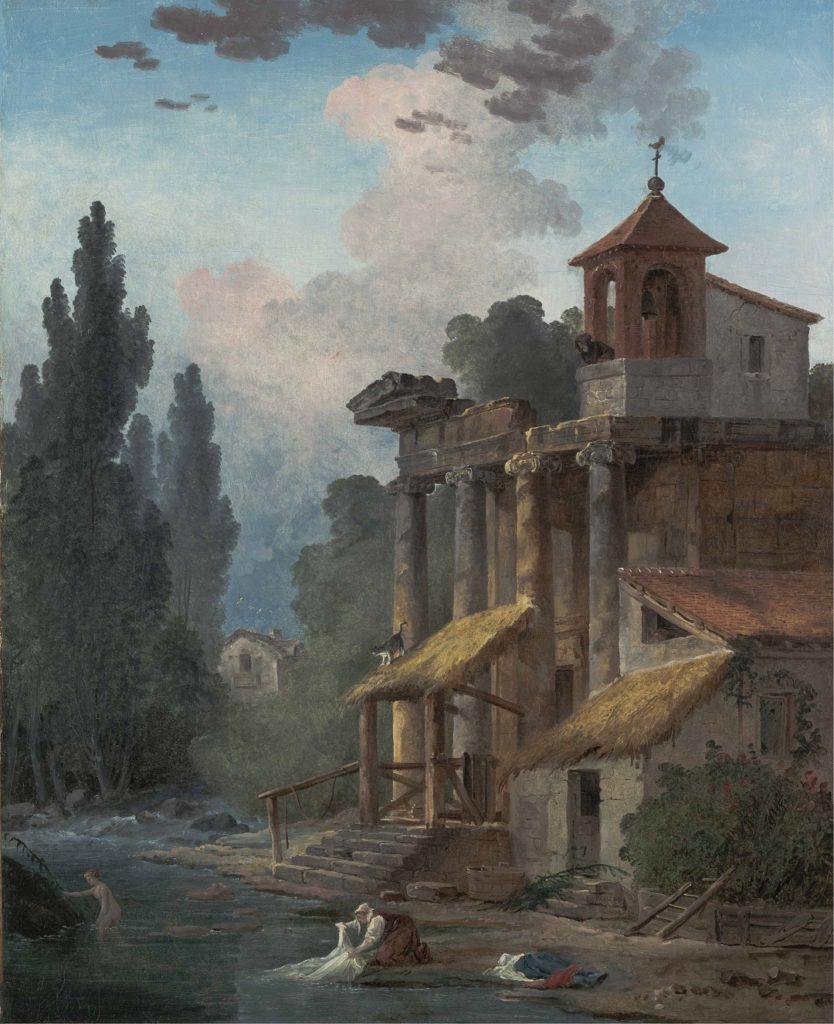