The Entry of Bonaparte into Milan

Napoleon Bonaparte’s triumphal entry into Milan in May 1796 occurred during a military campaign which saw the rapid conquest of much of the Italian peninsular.

Bellangé was commissioned to provide an illustration of the event for a biography following Napoleon’s death in 1821.  However, this oil sketch was probably painted a little later and in preparation for a larger picture which was not realised.

The work was purchased as by Eugène Delacroix.  His forged signature, to the lower right, encouraged the misattribution, as did the fact that the work came from the artist’s collection. 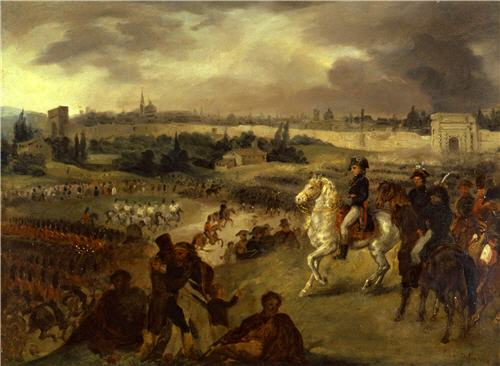