Ballet dancers are Degas’ most famous subject matter, and he was clearly fascinated by the endless variety of their poses. This engaging study of concentration is the culmination of a series of three that show one of the basic ballet steps. Degas began to model in wax and clay in earnest only after his eyesight began to deteriorate in the 1880s, but the resulting works were not exhibited, cast or widely known until after his death. This is cast number 60/F out of 22 casts made posthumously at the Hébrard foundry, Paris, from the cast of a wax model found in Degas’ studio.

SEE THIS SCULPTURE IN THE BLUE GALLERY 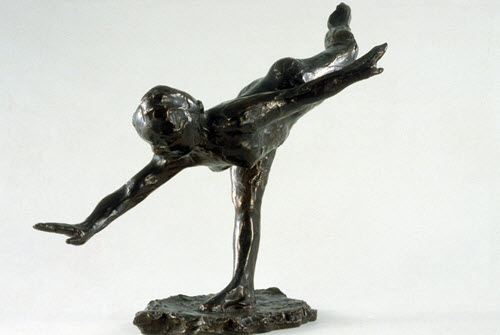