Mother Marie Poussepin founded the Order of the Sisters of Charity of the Holy Virgin of Tours in 1696.

Gwen John was commissioned in 1913 to paint Poussepin’s portrait for their convent in Meudon, the Parisian suburb where she lived and attended church.  The portrait was based on a prayer card which reproduced a contemporary image of Poussepin.  This is one of fifteen further versions John completed for the convent, though only one was ever hung there.  The artist’s commitment to the project reflected her intense religious faith and her practice of producing numerous variations of a single figure. 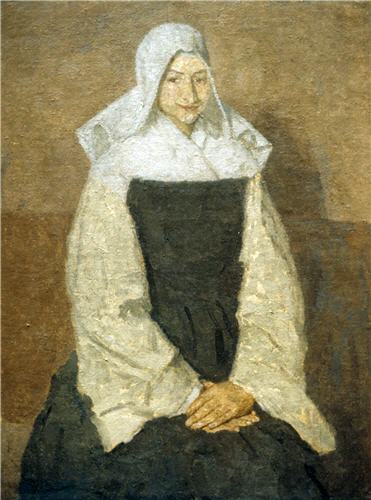