Saint Lawrence Among the Poor and Sick

The painting represents four episodes from the life of Saint Lawrence (died 258) painted by Guiseppe Cesari, known the Cavaliere d’Arpino.

To the right, he heals a kneeling widow.  In the centre a blind man is cured and the feet of the poor are washed.  The saint reappears in the centre, responding to Roman officials who demand the Church’s goods.  He points to the poor and sick, saying ‘Here is the church’s treasure’.  This act of rebellion led to his martyrdom.

The artist Arpino made this monochrome sketch in preparation for painting a large fresco in a church dedicated to Saint Lawrence in Rome.  The fresco has since been destroyed. 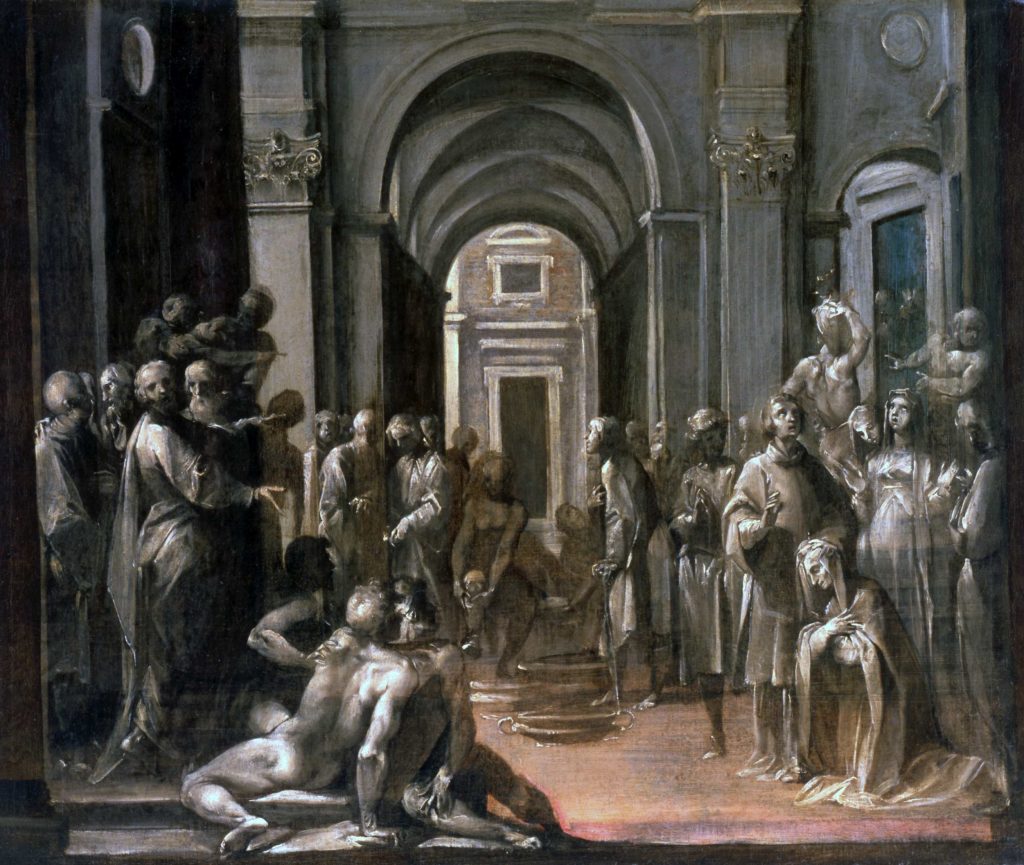