The Discovery of the Bodies of Saint Peter and Saint Paul

Castiglione’s depictions of Biblical scenes are often engulfed by darkness; he was known to seek out religious subjects that required such tenebrism. His primary influence is often listed as Rembrant, whose prints also made use of darkness. The engraving depicts the vault on the Appian Way (outside Rome) where the corpses of the two martyred saints were hidden.  A group of travellers find their way into the vault, though they are depicted as tentative from fear. In the lower left lies the beheaded Saint Paul and Saint Peter, still clutching his keys, illuminated by the light of a torch. 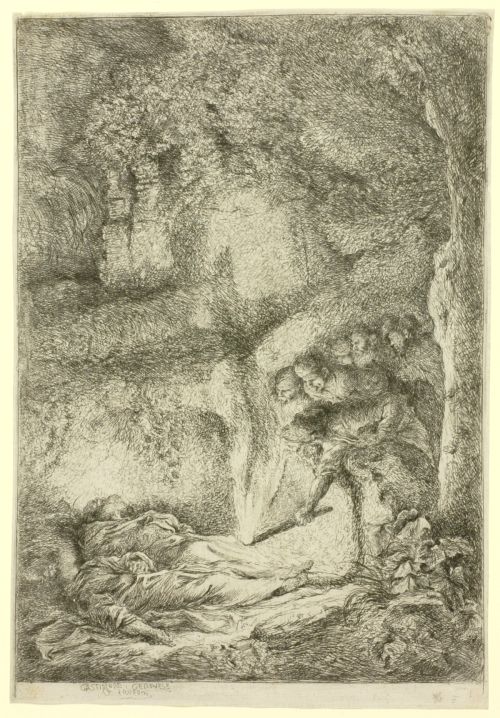