Marc uses the woodcut technique to simplify this composition, taken from a Delacroix (1798-1863) painting of 1855, so creating strong shapes that are typical of the German Expressionist style.

The eye is drawn to the twisted form of the rearing horse amid a mass of tangled bodies, which encapsulates the fear and tension of the pre-war period in Europe. During the war, horses were used to rescue the wounded and carry artillery. Just three years after making this print, Marc was killed in action at the Battle of Verdun on 4 March 1916. 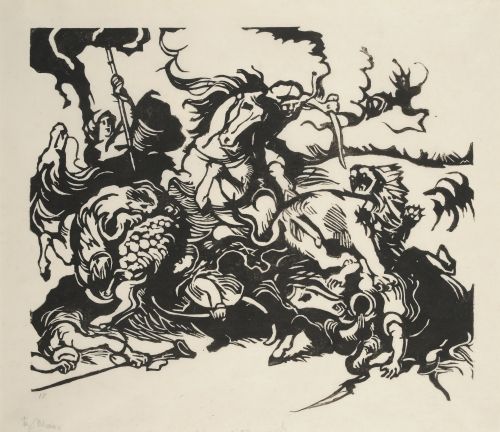