Loyalty, Plate 17 from ‘The Proverbs’

Etching with aquatint and drypoint

Goya’s final series of etchings, The Proverbs (Los Proverbios), also known as Disparetes or Absurdities, remain his most mysterious and enigmatic.

Featuring a group of monks and friars, Loyalty appears to be concerned with the licentious behaviour of those in religious orders. This strange group evokes a sense of the carnivalesque, a world turned upside down, though the exact meaning remains unclear. The series was not printed during the artist’s lifetime. 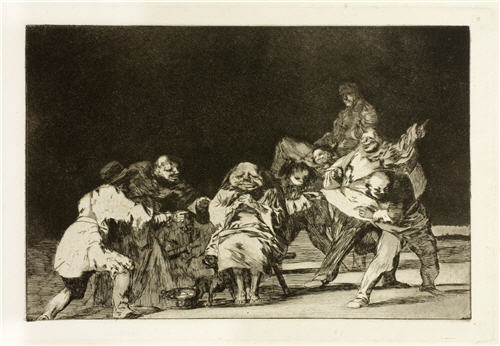