El Primo, named Diego de Acedo, was a dwarf in the service of the Spanish Royal Court during the 17th century. The books and documents around him indicate his intellectual occupation working in the Royal Printing office, but their size also highlights his dwarfism.

Goya made this print more than a hundred years after Velázquez painted El Primo’s portrait. At the beginning of his career Goya made a whole series of prints after the work of Velázquez, his greatest artistic influence. Like his hero, Goya worked for many years under royal patronage, though he is now mostly remembered for his two print series Caprichos and The Disasters of War that often express satirical, violent and disturbing concepts. 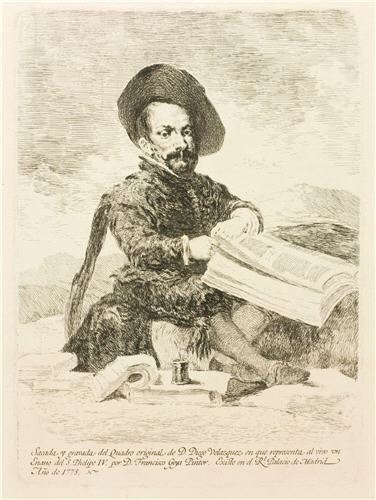