Sir William Henry Barber was the husband of Lady Martha Constance Hattie Barber. Hattie founded the Barber Institute in 1932 in his memory. She died, childless, four months later, leaving the entire Barber fortune to the Trustees of the Institute to enable the construction of a new building, the development of the art collection and the funding of public concerts. A marble version of this profile bust also exists in the University’s Research and Cultural Collections. Sir Henry’s close connection with the sculptor is also reflected in the fact that a later War Memorial by Wood for Henleyon- Thames was to be paid for by Sir Henry; although this was never executed, the plaster model survives in the Barber. 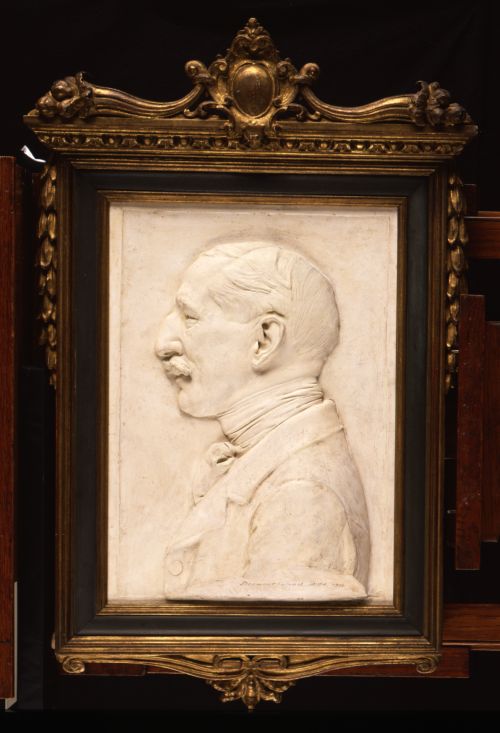