Solomon and the Queen of Sheba

The Queen of Sheba, hearing of King Solomon’s wisdom, wished to test it, and, according to the Bible, she visited him, bestowing gifts carried by her servants.

Here, the king rises from his throne to greet her.  Le Sueur’s classical scene, with its austere architectural setting and severe profiles, illustrates the influence of the Renaissance master Raphael, albeit via engravings after his work.

The scene was painted to be placed above a fireplace in the Paris mansion of the Countess de Tonnay-Charente.  It was paired with another of The Dream of Solomon. 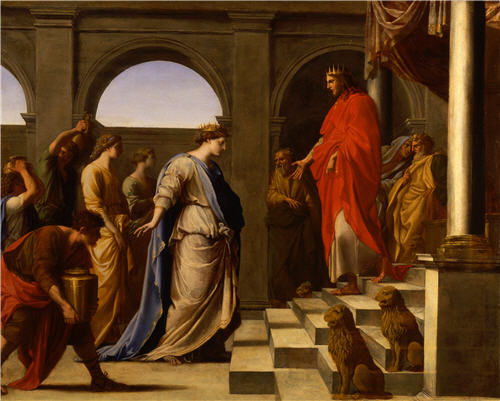