This marine scene bustles with activity as figures gesticulate, exchange glances and huddle in groups.

The sun, which faintly be seen on the horizon, floods the picture with light and blurs the distant mountains. Opposite the triumphal Arch of Titus on the left, the decaying ruins of a tower remind us of the powerful forces of nature and time eroding the noble achievements of man. Sunrise is one of the several works in which Claude recreates a bygone era by depicting a well-known Roman monument in an imaginary style. 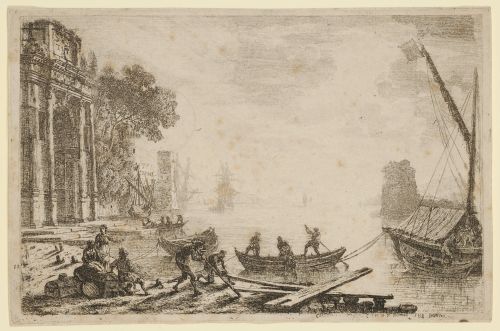