The piping shepherd by the well

In this pastoral scene, a shepherd has laid aside his pail of water to play the flute to a young woman. His animals bleat and bray in appreciation of the music, their open mouths indicating the sound. Although the young woman seems indifferent to the shepherd’s music, the figures’ closeness implies a romantic attraction. In the classical tradition that Berchem followed, music was a symbol of love and courtship. The musical shepherd commonly featured in idealised depictions of rural life, and here evokes the harmony between man and beast as well as the amorous relations of the young couple. 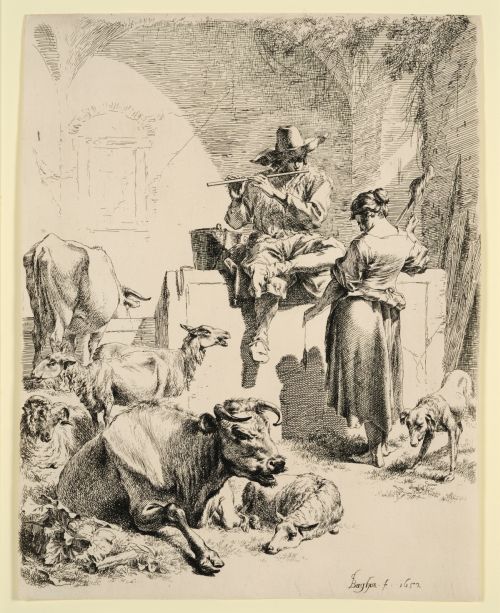